All players swing differently, or do they?

admin March 26, 2013 Comments Off on All players swing differently, or do they? 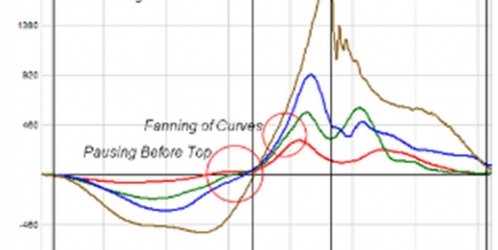 It doesn’t take a Jim Hardy, Hank Haney or Sean Foley to know that there are many different looking swings on tour, all very effective, but none the less, there is not one perfect swing for everyone.  Take the obvious examples of a Jim Furyk, Zac Johnson, Bubba Watson, etc.  We all know it and see it every weekend.  And if you have a swing coach yourself, I would hope that they are not just trying to make your swing “look” like someone on the tour, because that may not be the right swing for you.

With all that being said, I am going to throw a bit of a curve ball at you and say that all tour pros (or maybe a high 90’s%) DO swing the same!  But, I’m not talking about split screening them on video analysis and checking where their elbow is at the top, or whether they are a “One Planer” or “Two Planer.” What I am referring to is how their bodies move in the swing and the sequence of motion that these players, both men and women, exhibit as they are attacking that little white ball.  The problem is that YOU, may not have that same swing.  But the good news is, that means there is a lot of potential in your bag, we just need you to unlock the secret!

How Does a Golf Tour Pro Swing?

As the guys from TPI (Titleist Performance Institute) explain in detail in their courses, there is a specific sequence that occurs in a player’s body when they reach maximal rotation and the highest of swing speeds.  This is shown time and again in their extensive testing and research at their facility in Oceanside, CA.  In fact, it is so specific, that someone like Lance Gill, the Head Athletic Trainer from TPI can look at a graph (like the one seen here) from a 3d swing analysis and tell you if that person is a very high level golfer, what kind of power they have and what is the probability that they will have “Long Term Accuracy.”

“How?” you ask?  Because from these yellow, blue, green and red lines, he knows exactly how quickly the segments of their body are accelerating, and decelerating, as well as what angles these segments reached throughout the movement.

In a way, it’s kind of like the “MoneyBall” theory in baseball.  Stats don’t lie.  Well, in this case, the graphs don’t lie.

Simply put, in the downswing of the golf club, you will see all of these segments rapidly accelerate.  The order of when each segment reaches its peak acceleration tells the story.  You want to see them peak in this order: hips (red), torso (green), arms (blue), and club/hands (yellow).  If there is a different sequence than that, this golfer is not likely to have “Long Term Accuracy” and is likely not a tour player.  Or if they got luck and have made it to the tour, I wouldn’t bet on them being there too long.

After the acceleration phase, comes the deceleration phase.  This is where you can see someone’s power.  The faster these body parts STOP in the swing, the more powerful the swing is.  It’s similar to cracking a whip.  You can’t get that snap at the end without an abrupt stop of the wrist.  It just can’t recoil fast enough.  Your hips, torso, arms and club all work the same way.

What if I don’t swing like a Golf Tour Pro?

This is not to say that there aren’t a lot of very good golfers out at your club or even on the teaching pro circuit that don’t have this sequence down yet.  But that may be the reason that they are not on TV every Sunday.  You see, it’s possible that a guy that’s a +2 handicap who drives a ball 280-290 doesn’t properly sequence his body right.  And this is the guy that feels like he is at the top of his game.  But if he were to find the right tam to get him swinging the club “properly,” LOOK OUT! It could be scary how far he would potentially hit the ball and hopefully score.

So, if you struggle with consistency, accuracy, power, etc, it’s not always how pretty your swing is, or whether your elbow is in the same position as Luke Donald’s at the top, it could very well be that your body’s timeline in the downswing is out of whack, and you haven’t even seen the beginning of what you can do on the course!