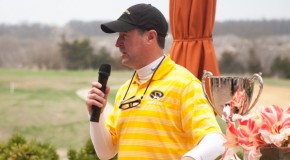 The Nationally ranked Missouri Tigers are showcasing front and center why they are considered to be a team with National Championship chances. Played at The Club at Old Hawthorne, head coach Mark Leroux’s team has five 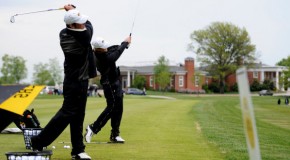 Missouri Leads after first round

admin April 8, 2013 Comments Off on Missouri Leads after first round

The 32nd ranked Missouri Tigers are hosting their annual Columbia Orthopedic Group Intercollegiate today and tomorrow at The Club of Old Hawthorne in Columbia, MO. The 54-hole event will feature 36 holes today and 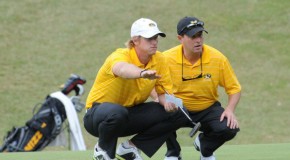 The University of Missouri Men’s Golf Team took advantage of an outstanding 2nd round team score of 285 on their way to a 4th place finish at the Bulls Bay Intercollegiate in South Carolina.

The University of Missouri Men’s and Women’s Golf programs received a gift that will keep on giving yesterday. Don Walsworth, an MU alumnus and CEO of the Walsworth Publishing Company Inc., is a former